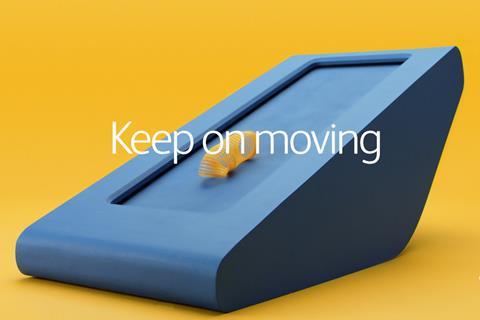 Jet is launching Yellow World – a series of short, stylised films designed to highlight the services it provides for its customers.

The films are a continuation of the Keep on Moving brand idea and campaign that was launched last year.

Taking Jet’s yellow and blue branding as their inspiration, the films bring to life each proposition using abstract visual metaphors such as a yellow slinky in perpetual motion on a blue treadmill, inflatable summer essentials cascading down a blue water slide and a milk carton and a loaf of bread negotiating a blue figure-of-eight Scalextric track.

Each film highlights Jet’s commitment to providing UK drivers everything they want and need to continue their journeys quickly and safely and to keep on moving.

“Delivering content with the potential to stand out in a saturated market is no mean feat,” said Áine Corkery, manager, brand, Phillips 66. “These quirky, intriguing films stand out for all the right reasons – communicating the services we offer while showcasing the yellow and blue branding that has become synonymous with Jet.”

The series of eight films have been created by London-based advertising agency Isobel and will be rolled out over the coming months across social media channels including: TikTok, Snapchat, YouTube and Instagram. The films will also play on Sky VOD.