Motorbike stolen from forecourt while owner pays for fuel 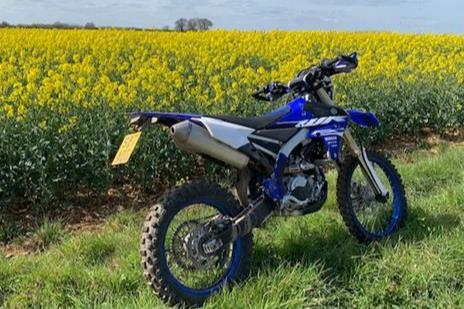 Officers from Norfolk Police are investigating the theft of a Yamaha motorbike which was stolen from a petrol station while the owner paid for fuel.

The incident happened on Sunday 10 April at the Esso Garage on Lynn Road in Hillington between 1.40pm and 1.55pm.

The victim filled the blue bike with fuel and left it on the forecourt to pay at which point the suspect took the bike before riding off.

Officers are keen to hear from anyone who may have seen the bike, may have been offered it for sale or has information which could help police.

Anyone with information should contact PC Kieran White at King’s Lynn Police Station on 101 or call Crimestoppers anonymously on 0800 555111.