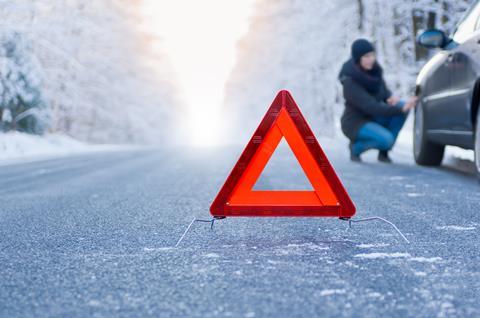 Electric car owners are actually three times more likely to break down because of wheel or tyre problems, rather than anything to do with the battery, according to new research from UK breakdown provider LV=Britannia Rescue.

Potential new electric car owners are often put off making the switch because of range anxiety and the concern about running out of charge, but analysis of breakdown call outs over the past three years shows that 37% of the time, drivers are ringing up because they’ve suffered wheel or tyre problems, compared to just 11% for running out of charge.

The organisation said this is also more than twice as often as petrol or diesel cars, where on average just 16% cite wheel or tyre issues as the cause of breakdown.

LV=Britannia Rescue said wheel or tyre problems are often attributed to the excess weight of the car, caused by the battery, which can make it up to 50% heavier than a traditional petrol or diesel car. Wheel issues are sometimes made more complicated by the fact that most manufacturers no longer fit a spare wheel as standard, so drivers caught mid-journey with a flat tyre or wheel issue can’t fix the problem themselves and need towing to a local garage.

Drivers being unable to start their electric car, often at home, accounts for 21% of calls – otherwise known as ‘dead on key’. There are a variety of reasons this could happen, such as a flat battery, a battery not holding its charge or the vehicle not being driven for a length of time, but it is more prevalent in the winter months with cars taking that bit longer to warm up.

The ‘dead on key’ issue for EV drivers happens little more than half as often it does for petrol or diesel cars, which features as the breakdown reason in 41% of calls to LV= Britannia Rescue.

Henry Topham, managing director of LV= Britannia Rescue, commented: “Range anxiety has been built up to be a thing for people to be concerned about when it comes to going green, but our data shows that in reality it’s a very rare issue for electric car drivers. Generally electric cars perform very well and aren’t susceptible to suffering nearly as many issues as petrol or diesel models, but if you do have a problem it’s more likely to be wheel or tyre related, or dead on key. And as we get into the cold, dark winter months it’s good for drivers to be aware of these potential issues and make sure their car is regularly being checked and looked after.”

In September last year, LV= Britannia Rescue launched a new service with AFF, the national roadside electric vehicle charging assistance company, offering roadside charging for EVs that run out of charge. AFF recharge vans can provide a 30-minute mobile charging facility (average 10 miles of battery), including the hard shoulder and emergency refuge areas of motorways, providing roadside support for electric car drivers who are unable to make it to their destination or encounter issues with charge points.