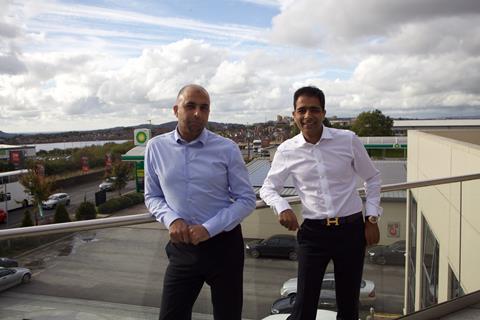 EG Group will no longer be acquiring Asda’s 320 forecourts, both companies have confirmed today.

The company had agreed a deal to acquire Asda’s petrol filling stations, car washes and ancillary land for £750m at the start of the year, but plans have now been dropped.

The deal was part of a complex transaction following the acquisition of Asda by EG Group’s co-founders and co-CEOs Mohsin and Zuber and their private equity backers TDR Capital for £6.8bn.

The acquisition of the forecourt business was subject to the same CMA regulatory clearance being received by the group’s shareholders for their acquisition of Asda. EG Group recently sold 27 sites to Park Garage Group as part of the CMA requirements.

At the time it was said the forecourts would remain an integral part of the broader retail locations where they were situated, would continue to be Asda branded and would remain a price leader in the fuel market. The Issa brothers were keen that it would enhance their position as a major independent forecourt operator and provide a platform for future growth of the combined network.

However, it is reported that once the two businesses began sharing information they could not agree on a deal.

On 16 June 2021, both the ongoing restrictions imposed under UK Competition Law and the subsequent Competition and Markets Authority ’Hold Separate Order’ on the acquisition of Asda by TDR Capital and the Issa brothers were lifted.

This allowed Asda and EG Group’s teams to start sharing commercial information relating to EG’s acquisition of the Asda forecourt business which had not been previously possible and has resulted in several changes to the financial evaluation of the proposed transaction. As a result, EG and Asda have decided they will no longer proceed with the transaction, and it was terminated as of 18 October 2021.

Asda says it remains confident that it will continue to derive synergy benefits from its strategic alliance with EG through key initiatives already underway, including the development of plans to introduce foodservice at Asda locations and the expansion of Asda’s convenience offering, where both companies have confirmed their intention to roll-out the Asda On the Move proposition across EG’s UK forecourts.

Asda recently announced plans to establish 28 new Asda On the Move convenience stores at EG forecourts this year, with a target of 200 by the end of next year and the ambition to roll out more sites in 2023. Asda will retain the petrol forecourts business and the associated revenue and EBITDA. The forecourts have been an important footfall driver to the business, supported by its position as a price leader in the supermarket fuel sector.

Subject to market conditions, management plans to settle the Forecourts Bridge Facility through a combination of £250m cash on hand and a new issuance of long term senior secured debt of £500m.