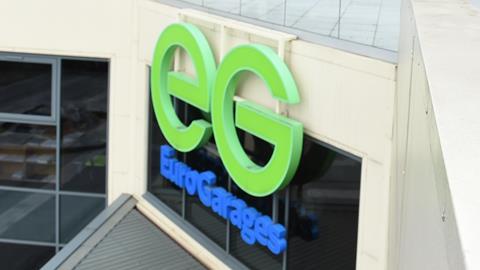 A developer based at EG Group’s head office in Blackburn has applied for planning permission to build a petrol filling station, coffee drive-thru unit, electric charging hub and two industrial units at a site at the end of the M65 motorway at Colne in Lancashire.

The planning application submitted to Pendle Borough Council is from Monte Blackburn Ltd, which is owned by Mohsin and Zuber Issa, the founders and joint CEOs of EG Group.

A Design and Access Statement submitted with the application, which was prepared by Campbell Driver Partnership and lists its client as Euro Garages, said the site consists of an undeveloped plot situated at the end of the M65 motorway and bounded by Whitewalls Drive

It explained: “With the site currently unused and situated at the end of a major transport route which links Colne to neighbouring east Lancashire urban areas and over to Manchester and Preston etc, the client aims to provide a petrol station and other amenities consistent with a transport hub, as well as much needed employment for the local area. The proposal will potentially provide quality employment opportunities across the site and fulfil the demand for petrol and electric charging within the area.”

The total site area is listed as 3.53ha, with a proposed floor area for the commercial development of 701sq m while the two industrial units would total 4,816sq m. Included in the commercial scheme would be an electric charging hub, under a separate a canopy, and car washing facilities.

Starbucks is one of EG Group’s oldest partners, and in a section on appearance and materiality the report refers to designs for the coffee drive-thru as “Starbucks elevations”.