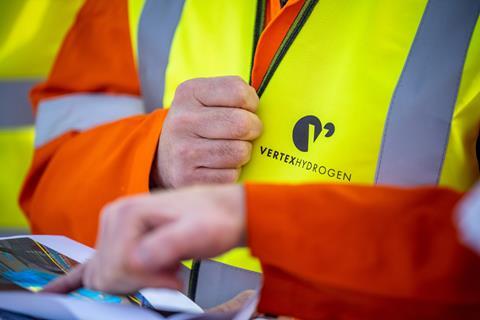 Vertex is a joint venture between Essar Oil UK and Progressive Energy and sits at the heart of HyNet North West, the industrial decarbonisation cluster being developed with partners such as Cadent Gas, Inovyn, and ENI.

Vertex will develop its hydrogen production plants at the Stanlow Manufacturing Complex in Ellesmere Port and is scheduled to begin producing low carbon hydrogen from 2026.

The hub will supply 1GW of low-carbon hydrogen to Essar Oil UK and to major North West and North Wales businesses. This is equivalent to the energy use of a major UK city such as Liverpool.

Joe Seifert brings over 20 years of commercial leadership including advising and financing some of the world’s leading companies across multiple sectors, including energy, finance, infrastructure and technology.

He said: “It’s extremely exciting to join Vertex. The organisation is at the forefront of the UK’s energy transition, delivering the UK’s first large-scale, low-carbon hydrogen facility. Vertex will have a real and near-term impact on national carbon reduction targets as well as helping to secure and grow industry and jobs in the North West. We are now moving rapidly to progress the project and look forward to working with our partners to deliver.”