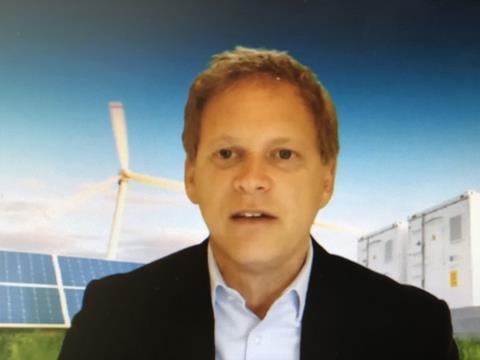 Secretary of State for Transport Grant Shapps believes the Covid-19 pandemic has provided a unique opportunity to rethink the way we travel and to accelerate development of clean technologies.

At this weeks online LowCVP annual conference he said: “We can reframe the narrative around green vehicles and show that it is this generation that will drive the transition to zero carbon road transport.”

The minister’s ambition is backed up by a survey of expert stakeholders – carried out by LowCVP for the event – which shows that the vast majority (92%) of respondents agree that now is the moment for a ‘reset’ in terms of decarbonising road transport, with nearly 85% saying that the disruption caused by the pandemic has opened the door to the public accepting more radical and effective policy prescriptions for ‘greening’ road transport.

“Part of the opportunity is to shift opinions,” said the Transport Secretary. ”To impress on the country that the green transport revolution which we’ve been talking about for many years is actually happening now.

“Some of the transformational improvements are literally within touching distance.”

LowCVP’s managing director Andy Eastlake welcomed the heightened ambition towards road transport decarbonisation: “Our target must no longer be to achieve ‘low carbon’ road transport but to eliminate greenhouse gas emissions from every stage of the whole transport system.

“That’s why I’m announcing today that our partnership of over 200 organisations will be changing focus from ‘low’ to zero carbon and will be introducing a new brand identity to better reflect our revised objective of net zero by 2050.

“We’ll be working with leading partners in the next few weeks to introduce a new name that will communicate our heightened ambition, but still reflect the vital role every member has in contributing to rapid decarbonisation.”

Delegates were able to respond to policy proposals from speakers and to ‘policy pitches’ from leading representatives of organisations as diverse as Greenpeace, Transport & Environment, BVRLA, Horiba Mira and Jacobs engineering.

The LowCVP’s conference survey found that a large majority (91%) of over 200 expert stakeholders who answered the survey think that the time is ripe to ramp-up ambition in terms of road transport decarbonisation and that there is an expectation that people are now open to more radical and rapid change.

While most respondents said that the right balance must be found between economic and environmental objectives, a significant minority (nearly 30%) also said that environmental concerns should be prioritised even if there is an economic cost. A majority of respondents (nearly 63%) think that we can achieve a ‘win/win’ for the environment and economic recovery if the right policies are implemented.

Over three-quarters of respondents think that in the wake of the pandemic, the £27bn earmarked for new roads in the March Budget should be reallocated to other uses.

In terms of how emissions reductions from road transport will be achieved, respondents were quite evenly split. Travel demand reduction was seen as the likely largest contributor followed by the mass adoption of zero emission vehicle, a shift to shared/public transport and the wide adoption of low carbon fuels.

Among policies favoured by expert respondents are ending subsidies on fossil fuel production, distribution and use; investment in ‘green’ technologies; regulation of the sale of petrol/diesel vehicles and the introduction of road user charging and carbon pricing.

Emerging from the lockdown, a significant majority of respondents (nearly 70%) expect to reduce their own travel across most or all of their activities. Only around a quarter of respondents expect to travel as much as they did before.