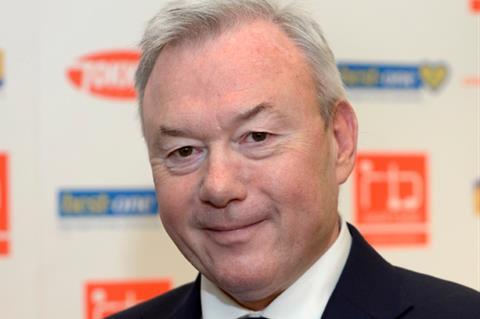 The PRA has welcomed a report by an influential committee of MPs that is highly critical of the government’s lack of preparations to meet its target to phase out new petrol and diesel cars by 2030 and for all new cars to be zero-emission from 2035.

The report published today by the cross-party Public Accounts Committee (PAC) says that with just 11% of new car registrations being ultra-low emission in 2020 it will be a “huge challenge” to get this to 100% in the next 14 years.

Achieving this ambition will require convincing consumers of the affordability and practicality of zero-emission cars, with up-front prices still too high for many in comparison to petrol or diesel equivalents, and addressing the current very uneven take-up across the UK.

The number of charging points is increasing rapidly, but many more will be required within a very short period of time to support the envisaged growth in electric cars in the UK, and the PAC is not convinced the government is on track with this crucial infrastructure.

Echoing its recent report on environmental taxes, which said the Treasury and HMRC seemed “stuck in a bygone era”, with a narrow focus on tax revenues rather than the way they must be used to drive the transition to net zero, the committee says the Department for Transport (DfT) and Department for Business, Energy & Industrial Strategy (BEIS) will need to do much more to consider the practical application of this large societal change, and put consumers at the heart of it.

The departments will need to be on top of the other consequences arising from this transition, including the impact on the skills and capabilities required to support the changeover in the UK vehicle fleet; the environmental and social implications of the switch-over both in the UK and across global supply chains; the impact on our future power needs; and the impact on the government tax-take due to the loss of fuel duties.

To date the departments have no clear published plan setting out how they propose to manage these consequential impacts, who they will need to work with, and the timetables for any action.

The PAC says the onus is on the departments to show they are on top of all the repercussions and focused on supporting consumers to shift to electric as they work towards the government’s ambitious goal.

Meg Hillier, chair of the committee, said: “The government has a mountain to climb to get to all new cars in the UK emitting zero carbon in the next 14 years: to convince consumers and make the cars appealing, to make the car industry environmentally and socially compliant, to build the necessary infrastructure to support this radical shift and possibly biggest of all, to wean itself off carbon revenues. Yet once again what we’ve got is a government throwing up a few signs around base camp – and no let-up in demand for oversized, petrol-guzzling vehicles.

“This isn’t about more targets with no plan behind them inevitably getting missed – it’s about averting the real-world challenges that are bearing down on all of us. The government needs to get the country behind it and lead the way in the global race against climate change.”

The PRA backed the findings of the report with executive director Gordon Balmer saying: “The PRA welcomes the recommendations made by the Public Accounts Committee. We support the process of decarbonisation, but there needs to be a comprehensive plan to enable an effective transition to electric vehicles.

“The Government’s ambition to ban sales of internal combustion engine (ICE) vehicles by 2030 and certain hybrid vehicles by 2035 will require a significant amount of investment. To date, the government has been reticent to provide this funding. When the 2030 ICE ban was announced, only £4.3bn was promised to accompany it. For context, the French government has announced over €30bn of green funds, yet is sticking with a 2040 ban. Even with its sizable investment, it does not believe any date sooner is economically and practically feasible.

“Technical and commercial challenges remain in establishing the electric charging infrastructure required for mass EV take-up. This is particularly apparent at petrol forecourts where many of our members have abandoned plans to install ultra-rapid charging points. This is due to a lack of local power sub-stations, onerous regulation and lack of return on investment. The government urgently needs to stop overlooking petrol retailers as they will play a crucial part in making the 2030 ban feasible. While their forecourts are uniquely placed to support the roll out of EV charging points, which will reduce range anxiety among the general public, much more support from the Government is needed to make this a reality.

“Further to this, the shortcomings in investment has meant that the cost of electric vehicles continue to price-out millions of people as they remain exorbitantly expensive. This is reflected in the fact that, despite growing demand, only 11% of new car registrations in 2020 were ultra-low emission.”

Mike Hawes, chief executive of the Society of Motor Manufacturers and Traders (SMMT), echoed the findings on chargers, commenting: “The automotive industry shares government’s ambition for an electric revolution, a transformation that has already begun. However, as the Public Accounts Committee has made clear, we need a comprehensive and holistic plan to get us there in time. That plan must convince consumers to make the switch, it must provide the incentives that make electric cars affordable for all, and it must ensure recharging is as easy as refuelling – which means a massive and rapid rollout of infrastructure nationwide. Now is the time for government to match its world-leading ambitions with a world-class policy package.”

RAC head of policy Nicholas Lyes said: “While the 2030 deadline is a huge challenge, the number of drivers choosing electric vehicles is higher than ever and with more new models coming on to the market, the proportion will only grow further. The Government’s plug-in car grant provides some incentive to purchase an electric car but there is no commitment to retain this beyond 2023 at present and we would encourage the Government to continue looking at ways to incentivise take-up. A strong network of fast, reliable and easy-to-use public chargepoints which allow for contactless payment, alongside measures to help those without off-street parking, are undoubtedly vital pieces to the jigsaw of making an electric vehicle become the default choice in the next few years.”