Carlos Rojas, head of marketing and logistics at Essar Oil reveals a shift in the company’s focus to leasing sites as well as recruiting dealers to the brand.

Eight sites are already in the pipeline, including a new-to-industry site near Preston. 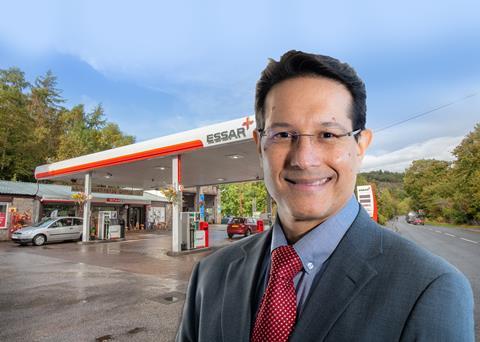 Essar Oil UK is seeking sites to lease - either from existing forecourt owners, or service station developers - as it aims to boost growth of the brand around the country.

The company has been growing its retail network since the end of 2015 and currently has 72 dealer-owned and operated (DODO) sites. It’s aim is to reach around 400 branded sites within the next four years and become nationally recognised brand.

That’s not including a new dealer signing in the North West to be announced shortly, described as one of the largest DODO sites in the country in terms of volume.

“We are very keen for dealers to come on board, but our focus has shifted,” said Carlos Rojas, who joined the company last October as head of marketing and logistics.

“We want to grow in the direct retail segment - we want to be called a retailer. But we are not going to buy sites, we want to lease them.”

He explained that the company is developing a proposition where it leases sites which are then run by a commission operator and talked about a “very interesting retail plan” which will help highlight the Essar brand to UK motorists.

It will also give certain dealers an opportunity to lease out their site, in situations such as if they want to retire or do something different; they don’t want to sell up but can be guaranteed an income.

There are already about eight sites in the pipeline, moving to the lease model. One of those is a new-to-industry site, near Preston which should be open by the beginning of October.

The revelations are made in the latest printed edition of Forecourt Trader magazine, which is out this week. Topics in the must-read issues include insights into wet-stock management; forecourt security, brand alliances, plus Phillips 66 managing director of UK marketing, Renee Semiz, answers 20 questions in Under the Spotlight.

The digital edition is also now available via the following link.