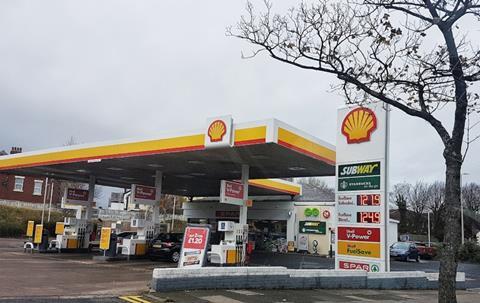 Park Garage Group (PGG) has obtained off licences for almost all of the 27 sites it acquired from EG Group since the deal was announced at the beginning of October - although one licensing hearing proved particularly awkward.

The sale of the sites was agreed by EG Group founders and joint CEOs Mohsin and Zuber Issa and TDR Capital LLP to address the competition concerns relating to their acquisition of Asda. The physical takeover of the EG sites by PGG began in early November.

EG Group policy is not to sell alcohol from its UK forecourts, so one of the first actions by PGG once it had taken ownership of the sites was to apply for licences. In a recent interview (read here) PGG’s operations director Hemant Tandon said adding alcohol to the sites represented a big opportunity.

Most of the new alcohol licences were agreed without difficulty, but the hearing for a licence for Lakeland Service Station - a  Shell-branded forecourt and Spar convenience store in Abbey Road, Barrow, Cumbria - was a different matter.

Gill Sherratt, from Licensing Matters, who represented Park Garage Group, said: “All of the licensing applications we made for these new sites went through no problem apart from three of them, Lakeland being one,” she said.

Sean Nealey, who lives opposite the newly acquired site above his pub, The Strawberry, objected to the licensing application.

Sherratt spoke to Nealey approximately a week before the hearing to find out the reason for his objection, and explained: “All of the authorities, all of the other residents in the area were fine with it, apart from Mr Nealey. So I decided to speak to him, and we had a really friendly, amenable conversation, of which the upshot was I thought he was going to withdraw his objection. Then he started avoiding my calls and ultimately did not withdraw it, so we had to have the hearing.”

The hearing took place in the first week of January and Sherratt said: “In the hearing the first words out of his mouth were ‘I’m not worried about alcohol,’ so we’re unsure of why exactly he was objecting. We can speculate maybe other people were telling him to put in an objection, I’m not sure.

“The treatment of the applicant in that hearing was just outrageous. The committee would afford Mr Nealey as long as he wanted to make his case, and would interrupt me constantly, like they were trying to shut me up. They didn’t ask him any questions or get to the bottom of his reasoning behind it.”

Concerns were raised over an admission that the petrol station had sold alcohol without authorisation in December last year.

“There was a misunderstanding over whether a licence had been granted,” said Sherratt. ”I apologised for this fully. It was a genuine misunderstanding which I couldn’t explain in the hearing because they kept interrupting me. It was off the back of a conversation I had with Sean [Nealey]. I had a conversation with the company about merchandising and stocking of goods, and in among that conversation it was thought they had their licence. It was only for about three hours that they sold alcohol. They only sold a couple of things.

“But Barrow Council could not let this little blip go, despite the credentials of Park Garage Group, where they’ve never had a problem with any of their 70 sites.

“It was then that the question was asked about when you can start selling alcohol. The licensing officer from the council gave her committee some bad legal advice in that she said you could not start trading alcohol until you had the physical licence, which is ridiculous because we’ve had some cases where sites have been waiting 18 months for that.”

Eventually the committee granted the licence that day after deliberation. Sherratt says this was the right decision, as being able to sell alcohol is part of Park Garage Group’s “operational sales as a convenience store”.

”Their model is 24-hour opening and having alcohol there as well completes the range and makes sure shoppers can get everything they want in one go,” she said.

Sherratt contacted the council for their response to the advice given out in the hearing as she said it was legally incorrect. The council has now admitted that the advice given was a mistake and Lakeland could start selling alcohol before the physical licence arrived, as the applicant had been informed of it being granted.